Organizations use Money Habitudes in a variety of ways. This is an example of how the money personality tool is used in a career class. The workshop write-up is provided by Amy Mazur, a career counselor at Career Moves, a division of JCS in the Boston area.

This financial capability grant announcement is applicable to many Money Habitudes users who are doing work in asset building.

CFED, in partnership with Bank of America Charitable Foundation, is soliciting applications from organizations interested in joining an eighteen-month Intensive Learning Cluster to integrate financial capability into social service programs in the following sectors:

This financial capability grant is limited to organizations that provide services within one of the targeted markets. Organizations who are selected to participate will receive an $8,000 stipend. The Learning Cluster will run from November 25, 2013 through May 31, 2015.
Applications are due Thursday, October 21, 2013. 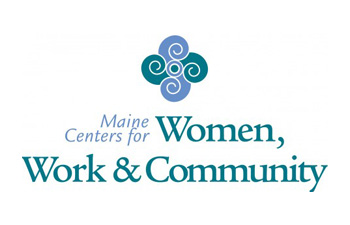 The Issue: How to start a series of money classes with an engaging session that covers financial habits, attitudes and behaviors.

Who: Jean Dempster and Janet Smith are Asset Development Trainers at Women, Work, and Community in Maine. Both have been teaching money management classes for more than 10 years.
What: Women, Work, and Community (WWC) is the only statewide women’s economic development organization in Maine. It has 10 centers and 8 outreach sites. It operates under the University of Maine at Augusta. WWC offers classes and workshops to individuals in four areas: Career, Starting a Business, Money Management, and Leadership.
How:

If you’re a financial educator, how can you teach a better money class? Here are some tips.

How does Money Habitudes make for a better money class?

About a year ago, we started studying how to produce materials for low literacy audiences. (The result was our new version of award-winning Money Habitudes for Adults, released in November.) Why?
We originally designed the Money Habitudes statements to be quick and easy to read. However, we didn’t anticipate how widely they’d be adopted. The money conversation starter was originally designed to be used by a much smaller population, largely focused around financial planning and retirement planning. However, it has increasingly been used in financial education and financial literacy programs to help people talk about money.

The needs of low literacy audiences

In soliciting feedback from users over the years – it’s been 10 years since Money Habitudes came out! – we noticed a lot of organizations were doing financial education for low literacyliteracy audiences. They use the cards as an ice breaker, conversation starter and as a tool to help people understand the psychology of money. They told us that they wished the cards were written at a lower grade level. Participants liked using the cards because they felt fun like money management games, but:

Who were those groups? Of course, there’s a wide spectrum in terms of who reads at a low grade level. However, most of the feedback about reading level came from groups like prisoner reentry programs, and a variety of asset building organizations doing financial education for low-to-moderate income audiences of adult learners. That might include public housing agencies, job readiness organizations or food banks that also offer financial education and assistance. Additionally, there was a need for statements in simple English for groups working with non-native speakers like immigrant and refugee agencies. (We do have a version of Money Habitudes in Spanish though.)
The challenge we faced then was something that confronts many organizations: How to write financial education materials for low literacy audiences? Of course, many organizations don’t realize how hard their materials are to use with low literacy audiences. Some have never tried to make them more accessible. It’s understandable. After all, to come up with materials that seem simple and easy to understand is actually quite complicated and very time consuming.
Further, our goal was to make our financial education materials much easier to read while preserving the spirit of the cards and, in the end, people’s money personality results.

There are a number of formulae to determine reading level. Each different reading level formula uses similar metrics, but weights them differently. As a result, the different methods produce slightly different readability results. In other words, there is no universal agreement on what “8th-grade reading” level is.
These readability scales take into account factors such as:

Those reading-level scales include the following:

As would be expected, long sentences with lots of multi-syllabic words translate to higher grade levels (i.e., high literacy and reading proficiency). Simple sentences with simple words score at a lower reading level.
For a number of reasons, we decided to use the Flesch-Kincaid Grade Level scale. It’s widely used and understood and was fairly easy to work with. It measures readability in terms of school grade levels. We also used the Flesch Reading Ease scale as a secondary metric.

The first step was to score all 54 of our existing Money Habitudes statement cards. This was a fairly straightforward but laborious process. Although there are a number of websites where you can enter text, push a button, and get a readability score, many of them turn out to be inaccurate. The biggest issue was in correctly measuring the number of syllables per word. So we resorted to a hybrid version of using some software and some simple counting by hand to get the Flesch-Kincaid and the Reading Ease scores.
We decided that we wanted all of the new statements to score at or below a 5th-grade reading level. This would make the material very broadly accessible. The Flesch-Kincaid formula for what “5th grade” means is quite complicated, but it basically means that most words would be a single syllable, with perhaps a few two-syllable words and the occasional three-syllable word. In short, we felt that going below 5th-grade wouldn’t make the cards much more accessible than if they were written at fifth-grade. Also, it becomes almost unfeasible to talk about spending habits and financial behaviors using monosyllabic third-grade or fourth-grade language. Fifth-grade felt about as low as we could reasonably go without having to change the whole nature of how our Money Habitudes conversation starter and ice breaker tool works.
Of course, it’s easier to err on the side of making material too easy to read versus writing it for higher-level readers. Someone who reads at a 12th-grade level will have no problem reading material at 5th-grade. On the other hand, someone reading at 5th-grade will not be able to read material geared for 12th grade.
Thankfully many of the old statements were already written at a very basic reading level. For those that weren’t, we then had to rewrite them to be more basic. (As a side note, we also reworded statements that used idioms and those that were worded with a negative – no, not, don’t, etc. – to make them easier to read.)

Here’s a real example of the evolution of a single Money Habitudes statement.
The original statement from the Adult deck of cards read:

“Everything I buy is practical and functional.”

In many ways it is a good statement. This is partly because:

However, this statement has 7 words with a combined 13 syllables. Consequently it scores at a 12.43 grade level. The words “everything” and “practical” and “functional” look innocuous but are long, have a lot of syllables. Also, the “tional” part of “functional” can be hard for those with low reading ability because it isn’t pronounced as it would be read phonetically.
We then tried other wording choices to make it easier to read. Some of these we didn’t use because they didn’t score well enough. Some we didn’t use because they scored at a low reading level, but didn’t make sense or didn’t preserve the original meaning. So, after a number of iterations, that statement became:

“I only buy things that are useful and practical.”

This still has 13 syllables but in 9 words, making each word easier to read. It scores at a 4.96 grade level. It is easier to read and looks friendlier for those reading at a low grade level. After all, the first word is now one character and one syllable instead of 10 characters and three syllables. It’s also more direct, placing the subject, “I” squarely at the beginning of the thought.
What we hoped is the new statements would preserve the meaning of the old ones and be easy to read for low literacy audiences. We also wanted statements that would not feel too elementary when read by high-literacy audiences.
The new version of the Money Habitudes cards are all written at 5th-grade or below. In fact, many of the new statements score well below that ceiling, so the average reading level for the entire deck is considerably less than 5th-grade.

Results of Editing Material to Be Used In Low Literacy Settings

What we’ve heard from users in the field who have used the new low literacy cards has been very heartening. Some basic feedback:

Here’s some feedback that’s emblematic of how people find the new low literacy version:
I started out using the original Money Habitudes cards and I noticed that the ladies I would have in class would not have as many cards in the piles as they should. Since most of the classes I would teach consisted of women that may or may not have graduated high school and most of them were lower income, I would offer to explain the cards to them if they needed more clarification. There were times they would ask but some, I could tell, were too prideful to ask.
I was very excited to receive the new cards and could not wait to test them out. I played the game in the next workshop and asked the young ladies that had already played to participate again and let me know if the cards were easier to understand. Each person had the correct amount of cards and the ladies who played it previously said the cards were much easier to read and they seemed to enjoy the game a lot more the second time around.
The new and improved Money Habitudes game has been more fun and has sparked a lot more conversation.

The psychology of money can be hard to understand. Why do we spend the way we spend? Why do we save? Why might two siblings see money so differently? What do you think about money? How do you feel about money?

What influences the psychology of money?

People rarely think about their own money psychology. Therefore, it can be a breakthrough to understand why they see money the way they do. While this is true for individuals and couples, it’s especially true for people whose work touches on the psychology of money: therapists and mental health providers, financial planners, financial educators, life planners, and money coaches.

Understanding the psychology of money is not only about understanding formative factors, but also how this affects one’s life today. The Money Habitudes money personality test clarifies one’s: