A national nonprofit based in San Francisco, MyPath reaches 4,000 youth each year, ages 14-24, in California, Nevada, Washington, and Missouri through more than 50 partner sites. The organization focuses on building economic pathways by integrating banking and saving into youth employment programs.

A key part of MyPath’s model is to work with low-income youth at the time they get their first paychecks. It’s a crucial moment to capture their attention and help them develop healthy financial habits for the future, says senior program manager, Carlo Solis.
MyPath uses Money Habitudes® cards in its foundational summer and year-round youth employment program partner sites. In the programs, which range from weeks to months in length, students typically go through a number of classes while they are working at their jobs. MyPath folds its curriculum into the programs’ existing structure with both in-person and technology delivery approaches.
MyPath begins by having the students consider the risks and benefits of putting their money in a traditional financial institution. Then participants are given the opportunity to open an account with a local credit union. In the next meeting, they use Money Habitudes to better understand their financial habits and attitudes and explore their relationship with money. For many, it becomes clear that their families have had a strong influence on how they see and use money, says Solis. The students look at big and small decisions and many see daily choices like buying a movie ticket for a friend in a new light. Finally, youth work on tracking expenses, budgeting and setting savings goals using MyPath Money, MyPath’s platform accessible by smartphone, tablet or desktop. The program’s average savings rate is 34% and 96% of youth meet their savings goal.
Prior to welcoming youth into the program, MyPath trains its own facilitators with Money Habitudes, in the spring. Doing so “kills two birds with one stone” says Solis about how even adults who will be working with participants gain new financial self-knowledge that they find valuable. Solis prefers doing the activity with a group of 15-20 students and dedicates an hour to sorting and interpreting the Money Habitudes cards. He says that 99 percent of participants report that their money personality mix accurately describes their financial tendencies.
“Money Habitudes is very simple but profound. We want youth to achieve their financial goals and Money Habitudes helps give them agency to make their own decisions,” says Solis. 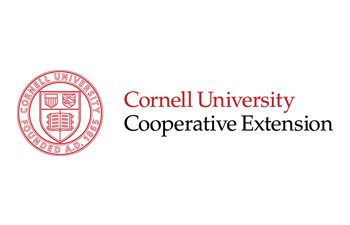 One constant among the diverse groups is that people want to be better with their finances, but are slow to make helpful changes.
“There are a lot of people out there who need this information, but they don’t believe that. So they only come in when they’re in crisis mode,” says Reigelsperger.
Adults who attend her financial literacy classes say that they wished they’d had more financial education earlier in life. Those skills would have helped them avoid losing their homes, racking up credit card debt or declaring bankruptcy.
“They’ll say to me, ‘Nobody ever talked to me about finances. Nobody ever showed me that.’ We hear that a lot,” she says.

It is, therefore, not surprising that Reigelsperger believes so strongly in educating young people about personal finance. Although the New York school system leaves little time for life skills, teachers ask Reigelsperger to do financial in-services for their students. These teachers know what Reigelsperger knows: people hope that kids get solid financial advice at home, but the reality is that either parents don’t have time, don’t make time or don’t know how to deal with finances in a healthy way themselves.
“It’s living skills and teens really need this,” says Reigelsperger.
For these financial literacy classes, she often uses Money Habitudes for Teens cards, saying they’re a “perfect fit.” The cards engage the students and make what follows more relevant and personal. Getting through to this demographic is important, but not easy. “Teenagers think they know it all and it’s not really a priority for them. They’d rather be on their iPods or cell phones than listening to this lady talking about money!” she says.
“That is my opening thing: to do the Teen Habitudes, kind of hooking them because [the cards convey] ‘This isn’t going to be so horribly boring! We’re going to do something fun and we’re going to figure ourselves out.’”
“She teaches stand-alone classes on specific financial topics – using credit, making a budget, tracking expenses – as well as multi-class series. One particular high school business teacher has Reigelsperger return every year to do the cards with her juniors and seniors to get them acclimated to finances. “She loves them,” says Reigelsperger. At another high school where she teaches a six-week course on various facets of money management, she devotes her entire first class to Money Habitudes.

The standard adult financial education class that Reigelsperger offers is called Making Ends Meet, which she’s taught hundreds of times. It covers basic budgeting, building a spending plan, cash tracking and goal setting. She begins the class with 20-30 minutes using Money Habitudes. The cards jumpstart the financial education class because they’re hands-on, they build awareness and they reaffirm for people what they know to be true about their money habits and attitudes, which builds credibility for the rest of the session.
“It takes a little bit of time to do that so it really does bite into my two hours of trying to teach them a lot of core topics, but I think it’s important enough that people take a look at themselves and see what their spending habits are,” says Reigelsperger.
She had always tried to get her students to open up and feel comfortable talking before diving into the class. She’d ask questions like: Why do couples argue about finances? Why does someone stay in a terrible job or relationship? However, the resultant discussion was disappointing.
“This was a piece of the puzzle, of the curriculum, that I feel was ignored,” she says. “Money is a really deep issue. It’s a scary topic for people. It’s a stressful topic. It’s a very private topic. And people don’t like to share that they’re struggling or having problems. So it’s like, ‘Let’s break the ice here and let’s see where we’re going with this.’ It’s like getting people on the bandwagon. I have just found Money Habitudes to be a really great piece.”

The cards improve the student experience, but they also help the instructor.
“It’s an eye-opening thing for me so I can kind of see where people are coming from,” says Reigelsperger.
To this end, she recalls tweaking her message for a monthly welfare-to-work job readiness class she teaches. When one of the students sorted the Money Habitudes cards, he found that he agreed with nearly every one of the nine statements for one of the Habitudes categories.
“This guy calls to me and he says, ‘Hey, come here and look at my cards! Look at this: I’ve got eight Status cards!’ He was so proud that he had eight Status cards. He thought that was great. And, as I looked at him, he was a walking billboard for every brand name going,” says Reigelsperger who remembers him sporting a Ralph Lauren shirt, Calvin Klein jeans, Nike Air sneakers and a cap with a sports team’s logo. “It was no surprise to me that he had eight Status cards.”
As the motto for the Status Habitude says, he saw money as a way to present a positive image. And while having some cards in any Habitude category is not, in itself, a red flag, Reigelsperger knew that having ,so many in one category was a good starting point for a discussion about priorities and balance. Of course, to change one’s habits, it’s beneficial to not only understand what one is doing that’s helping or hurting and why those habits exist, but to also buy in to that assessment.
People find it less threatening to sort through nonjudgmental statement cards rather than simply make a budget or fill out a test-like worksheet. And it’s not uncommon for people to do a budget in good faith but not properly estimate how much they spend on clothing, food, entertainment, gifts, or the plethora of smaller purchases that add up. Because the student felt comfortable revealing his spending habits, Reigelsperger was able to better adapt her message to her audience.
“I didn’t change my core information, but it kind of changed my examples and understanding,”she says.

Reigelsperger’s financial literacy classes usually have six to twelve people, but may be as large as 30. She finds little difference in using the cards with bigger groups except that some people may read through the 54 statement cards slightly faster than others. To keep the class together, she may walk around, discuss some of the cards with those who finish quickly or give them instructions to take the next step. She may also have them look through one of the handouts and record how many cards of each Habitude they had.
When working with the cards, Reigelsperger uses a few of the handouts from the Professional’s Guide so attendees have something to take home with them. She also uses the short biographical vignettes in the guide. These illustrate how different Habitude combinations affect the way people spend and save and where financial agreements and disagreements may arise between people.
“If you were doing nothing but the Habitudes cards and the whole exercise was on that, you could really go deep with it,” says Reigelsperger, who often gets requests from people who want to take the cards home so they can do them in greater depth with someone else. At the very least, she believes that doing the cards – if only for 20 minutes – prompts people to think more about how they relate to money, gives them personal motivation and opens the door to more constructive discussions about finances. In addition to Money Habitudes, Reigelsperger also employs Advantage Publishing’s calculators – typically the Paycheck Power Booster and the Credit Card Smarts products – because both tools are “eye-opening.”
“It’s such dry material, but the cards get people to say, ‘Oh, maybe this can be fun!’ I need to hook them,” says Reigelsperger. “A lot of the times, the feedback that I get from the evaluations will say, ‘Liked the Habitudes cards!’ or ‘Liked the card game!’ It’s definitely a good exercise.”