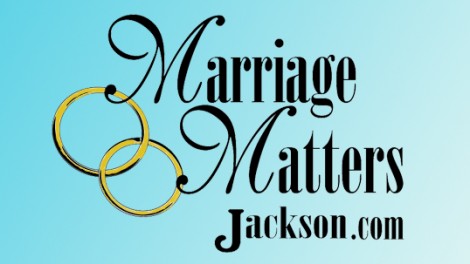 The Issue: How to cover finances in a series of relationship classes – but in a way that’s fun enough to feel like a date.

Who: Kylee Miller is a project manager at Marriage Matters Jackson, in Jackson, Michigan. The relationship education organization is housed at the United Way and was originally supported by a federal Healthy Marriages grant. It aims to strengthen marriages and families and decrease divorce.
What: Marriage Matters Jackson runs a variety of relationship education programs. Its major offering, “Five Great Dates,” is a five-week series of relationship classes for couples who are seriously dating or engaged.
How:

Who: Kylee Miller is a project manager at Marriage Matters Jackson, in Jackson, Michigan. The relationship education organization is housed at the United Way and was originally supported by a federal Healthy Marriages grant. It aims to strengthen marriages and families and decrease divorce.
What: Marriage Matters Jackson runs a variety of relationship education programs. Among these is a lunch class on Money Habitudes.
How: 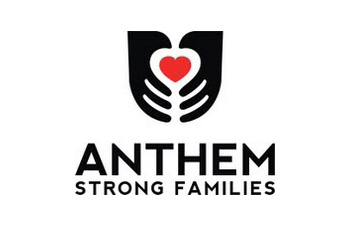 The Issue: How to include personal finances in a relationship skills curriculum that stresses fun, interactive activities that lead to people really understanding and changing their behaviors.
Who: Kara Shade is the Director of Adult Programs at Anthem Strong Families in Dallas, Texas.
What: Anthem Strong Families provides relationship education and life skills in the Dallas area. The organization focuses on vulnerable and at-risk populations including teens, single parents and low-income groups. Anthem Strong Families is partially funded by a grant from the Department of Health and Human Services’ Administration for Children and Families. 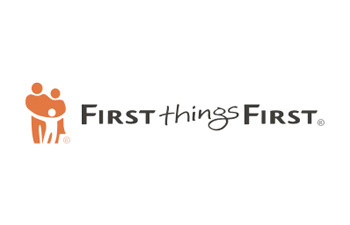 What: Through its HHS-ACF grant, First Things First collaborates with community organizations and businesses to implement workshops that encourage and support healthy relationships. These relationship classes are for married couples, teens, non-married expectant parents, engaged couples, and singles, as well as married couples in distress.
How: 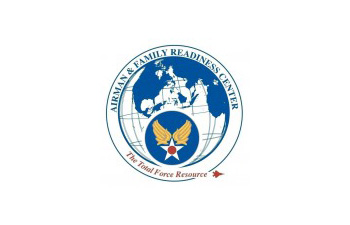 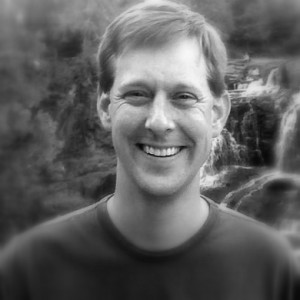 The Issue: How to get counseling clients to talk about money issues in a constructive, nonjudgmental manner; blending financial counseling and couples counseling.

Who: Ben Vos, LPC, is a therapist in Brentwood, TN. He works with individuals, couples and families. Vos has developed a specialty in substance abuse and addiction issues. Much of his couples counseling is with couples who are remarried or are contemplating remarriage. In addition, he works with an organization that offers free counseling services to veterans, active duty military and their families.

“Money is an influencing factor in everything,” says Vos, who notes that studies show that money is the most common cause of couples’ fights and, ultimately, divorce.
As of late, Vos believes that the economy causes couples more financial stress. This might be from unemployment or from a lack of savings. “Couples are coming in right now with a lot of shattered dreams,” says Vos. In addition, couples with addiction issues often have financial issues: the cost of addiction, missed wages, and resultant hoarding or keeping money secrets.

Vos usually starts couples counseling by doing a genogram to better understand clients’ backgrounds. This discussion touches on the socioeconomic status of their family of origin. While Vos also finds it helpful to do a budget in couples counseling, it has its limits.
“The traditional way I’d have the money conversation is just by pulling out the budget and going line by line and item by item. But then it turns into an accounting exercise. Really the issue is not so much about the numbers or the math. The math can work itself out. The issue where the conflict is taking place is about the values,” says Vos of blending financial counseling.
Often the challenge in couples counseling is to help one person see the other’s point of view. “They’re going to focus on who’s right and who’s wrong and when that happens, it’s really toxic for a relationship. It’s no longer focused on solving problems and much more about winning arguments.”
“I found it’s really helpful to get couples to start having a different kind of conversation about money that’s much more about understanding their values, what’s important to them – and that doesn’t have one right answer,” says Vos.

Vos uses a variety of methods in couples counseling “so they’re not just sitting on a couch talking.” This includes getting couples to move around the room, role-playing and drawing. The hands-on Money Habitudes cards not only make couples counseling sessions more engaging, but they also change the dynamic of the money conversation.
“I use Money Habitudes cards to help couples begin that important money conversation, whether they’re just beginning a relationship and are learning about their values as a couple, or whether they been married for thirty years and they’re just trying to figure out how to communicate about these things in a way that’s going to be productive,” says Vos.
Vos sees the cards as helping with the following with respect to financial counseling:

“Money Habitudes is just such an enriching experience because it takes some of the pressure off that couples feel talking about these sensitive issues,” says Vos. 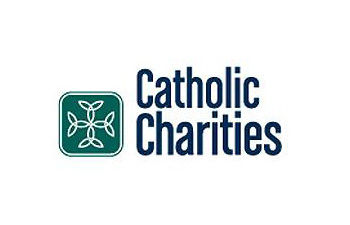 The Issue: How to get single teen parents to better understand money messages and financial wants and needs in an engaging atmosphere.
Who: Rebecca Phipps, LPC, professional counselor and coordinator of the Between Us program at Catholic Charities Oregon. It operates under the national Healthy Marriage Initiative.
What: Phipps teaches life skills and financial literacy mainly to single teen mothers as well as some single teen fathers. She also teaches engaged and married couples and parents of teens in addition to some private counseling. Phipps teaches at public high schools, maternity homes and early college high schools. The teen program focuses on:

Who: Ronald Brewer, Director of Education, People of Principle, based in Midland, TX.
What: Marriages are subject to a variety of stresses. Few are greater than having one spouse incarcerated. It is in this prison environment that People of Principle works to strengthen marriages. Operating under a federal grant for Healthy Marriage Promotion and Responsible Fatherhood from the Administration for Children and Families, People of Principle provides relationship skills training for inmates through its Fathers Are Forever (FAF) Project. The project covers 13 prisons in Texas and New Mexico, along with 36 town parole boards. FAF teaches parenting skills, promotes two-parent families, and seeks to eliminate family violence.
Who: The ACF grant covers working with married or unmarried incarcerated men who have children. Inmates attend the relationship classes with a wife or partner. Brewer notes that many of the inmates have very limited educations; the program assumes a 4th-grade reading level.
How:

Who: Kelly Chicas, a Board Certified, Licensed Professional Clinical Counselor (at Albuquerque Family Counseling) and Lisa Johnson, PhD, LMFT in Albuquerque, New Mexico
Situation: Workshops for community agencies and general audiences to provide educational information and introduce therapists in a non-threatening setting.
What: “The Wealth Within: Mastering Your Money Personality” was held at the University of New Mexico. This is an example of a two-session community workshop offered to the public. Course description: Other money courses teach budgeting and planning, but do not examine the WHY of your personal spending habits and attitudes. This class will help you to identify and examine your money personality – characteristics that motivate your spending patterns, goals, choices and priorities. You will understand your core financial story, where your specific behaviors come from, and what to do about the behaviors that are keeping you from financial success. This class will provide you with specific, goal-oriented changes you can use immediately that will change your behavior with money.
Who: Individuals and couples in the community who would not normally be coming in for therapy but can benefit from this type of education on money issues.
Why:

Observations and Comments:
Although homework is rarely well received I had a good response and they really enjoyed it [the assignment.] For people who’ve never really looked at this aspect of money – or just always wondered ‘Why am I like this?’ – there was a lot of really good awareness and introspection that came out.
A budget is good but it’s just like going on a diet. If you don’t understand why [you’re gaining weight or experiencing health problems], then going on a diet is kind of a Band-Aid … The value behind the Money Habitudes cards is identifying the why. The behaviors and the questions on the statement cards are so applicable to most couples’ situations they discover how they spend, save and invest and why they have the thoughts they do behind their money behaviors.

Contact: Kent Thompson, Financial Program Manager with Army Community Service, Camp Ederle, U.S. Army Garrison, Vicenza, Italy
Situation: A comprehensive, six-hour course for couples intending to divorce called Military + Divorce created by the Association of Financial Counseling, Planning and Education (AFCPE). Classes ranged from one to five couples and are intended to provide the information so couples can settle their finances as part of the impending divorce. The course is not intended to help couples work out their differences and back away from divorce.
Who: Divorcing couples in the U.S. Army, many who did not want to be at this class.
Why:

Observations and Comments:
I used the cards for every one of those Money + Divorce sessions I had and, of all the classes I taught, I only had two couples say that they were still going to get a divorce anyway. All the other couples decided they didn’t need to get a divorce.
From a financial counselor aspect, the first issue that always comes up, is, ‘Well, my partner doesn’t know how to handle money anyway!’ And so I thought, ‘If every partner is saying that about their partner, then let’s find out who really does control the money and how well do they do it and what are their attitudes about money?’ And so the cards fit in perfectly with that scheme.
The cool thing about the cards is: Here are things that might be challenges for you and here’s how you can overcome them. And those couples looked at that and actually started working at it, saying, ‘The cards are right—(even) if perhaps my spouse is not—and I can probably work on that.’
The money issue was the biggest issue and it was the biggest reason for the divorce for all of those other couples and they decided, ‘You know what? This is overcome-able stuff. We don’t have to get a divorce because we’re not comfortable with the money situation.
The cards were a nice augmentation to the [AFCPE] class. A lot of times, it really did open their eyes. When you’ve got a husband and wife sitting there and neither one of them can understand why the other one has the money attitude that they have, or why they do what they do with their money, to them, they think it’s just a point of anger or a point of contention.
If you could do this with couples, particularly if they’re having money issues before they deploy, and just say, ‘Let’s just see what each of your attitudes is,’ then, before they deploy, we can address these things.